I may not have been doing a lot of blogging, but I have continued painting. I’ll follow up in a later post with the state of my French Foreign Legion project, but I thought I’d use this post as a general catch-up.

Last December, I entered the Analog Hobbies Painting Challenge. It’s a friendly competition of mini painters who pledge to paint a certain number of points of figures (e.g. 5 pts for 1 28mm foot, 10 pts for 28mm mounted, etc). The quality and quantity of the work that’s done is very impressive. I finished with 425 pts completed (out of the the 500 I had pledged). And not great to the work of the other competitor’s, but the level of feedback and encouragement really reflects well on the hobby as a whole. I’m looking forward to the 2017-18 iteration. 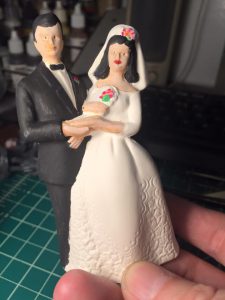 A couple of the units I worked on for the Paint Challenge were from my Burgundian Ordonnance Army of Charles the Bold that I play in WAB. On paper, Charles’ army was the best the money could buy, which makes sense given that he was probably the richest man in Europe at the time. On the battlefield, it was another story. The reliance on mercenaries, combined with Charles own indifferent generalship and poor political skills meant that they never really won a significant victory. 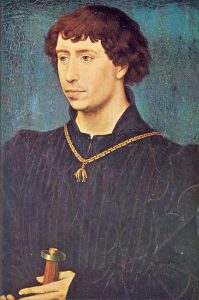 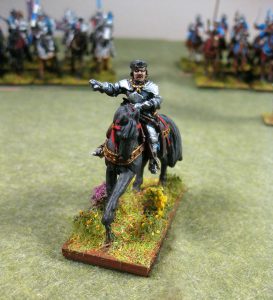 But for a war gamer they’ve got a lot to recommend them. First, you have access to the full range of iconic renaissance troop types: pikemen, crossbows, heavy Gendarmes, and even early gunpowder weapons. And since Burgundy’s wealth derived mostly from the Low-Country textile industry, you can feel confident painting most of your units in a pretty consistent livery. My efforts were inspired by those (much superior examples) seen here on the Je Lays Emprins blog . My own efforts follow: